In my article Price action – aggression HERE I was talking about aggresiveness that is the force to move the price of an instrument. Now I would like to tell you something about highs and lows in simple price charts. Forming of highs and lows are closely connected to aggression of either buyers or sellers so if you didn’t read my previous article about aggression I recommend doing so.

The most simple and widely known candle formation that shows aggresiveness is a Pinbar: 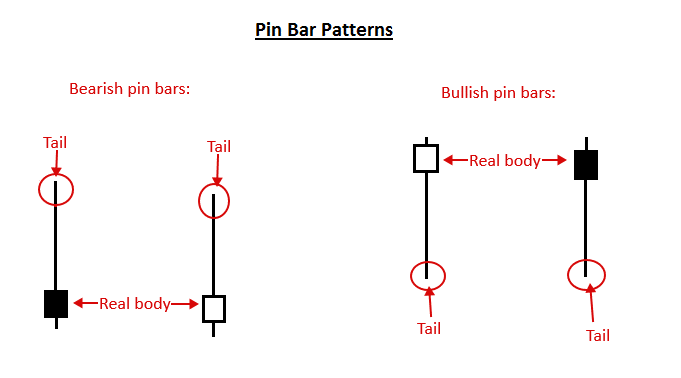 There are more candle formations like this and you don’t really need to know their names or definitions. The common thing for all of them is their long tail. The long tail means that there was a strong and aggressive reaction activity. Now this is exactly how you tell strong from weak high/low. If there is a swing low where you can see strong and quick rejection of lower prices followed by aggressive up-move you are looking at strong low. Have a look at example of a strong low: 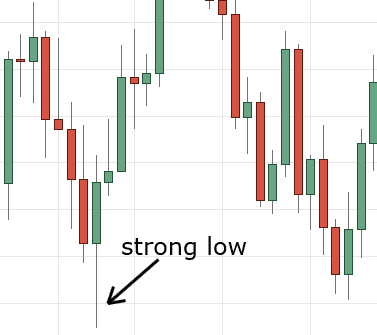 It doesn’t really have to be a one candle “formation”. With a little of practice you can see agresiveness for example here ( strong high on M5 chart): 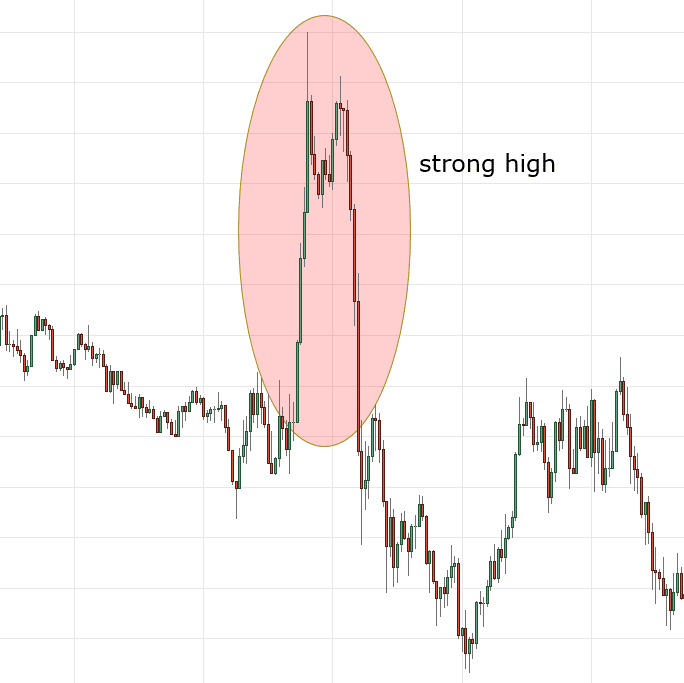 Remember – we are looking for aggression at highs/lows not for candle formations! Candle formations can be different on every timeframe but strong highs/lows formed by aggressive players are usually visible from more than one timeframe.

Weak high or lows are the exact opposite of strong ones. In charts you can spot highs and lows that were formed without too much aggression. They were formed slowly and there wasn’t and sort of strong/aggressive rejection.

Have a look at this example of a weak high: 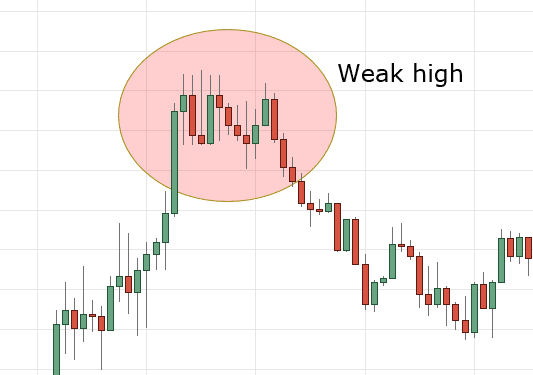 How to implement this into trading:

I don’t really suggest you trade every strong high/low you see. I suggest that you are aware of strong/weak highs and lows in your trading and that you adapt accordingly.

For example – imagine you are in a long position and that you see that the price is approaching area where there were very aggressive sellers (strong high). You are aware of this so you quit your position before it reaches this area. You used knowledge of strong high to protect your profit and exit the trade. Here is illustration: 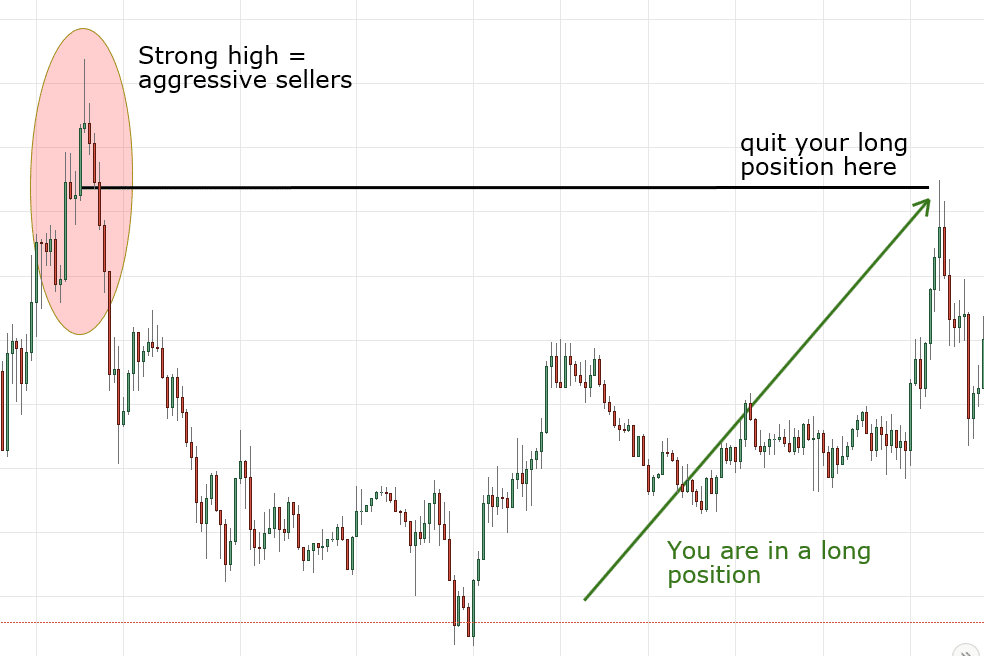 In previous illustration there is also visible a weak high. Common mistakes would be: going short from there or quitting your long position early. Let me illustrate and remember – this is a BAD TRADE: 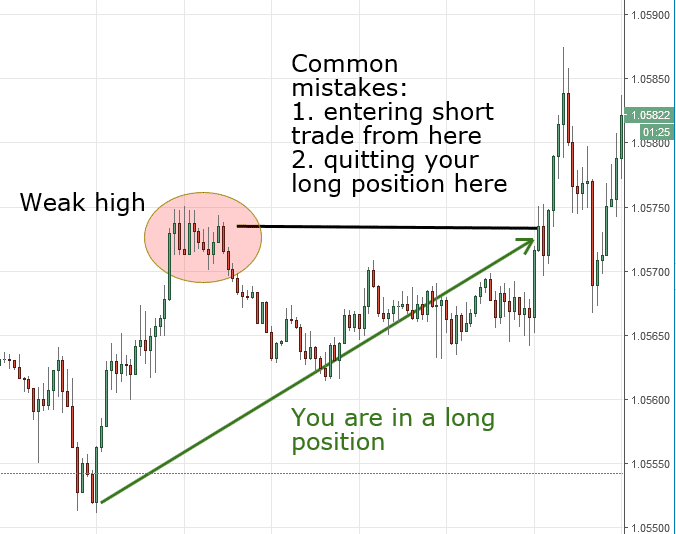 Now you should be able to identify strong and weak highs and lows. You should always be aware of them in your trading and adjust your trading accordingly.

Did you take that trade on EUR/GBP? 👀 The one