This article is a part of “Stock trading with Volume Profile” 3-part miniseries. Here are links to all related posts:

In today’s post, I am going to talk about Tesla (TSLA) stock. This stock and revolutionary company is now very popular. It’s price skyrocketed (pun intended) in 2020 from $80 to $500. Isn’t that crazy for a regular stock?

Crazy or not, here is the Tesla on a Daily chart: 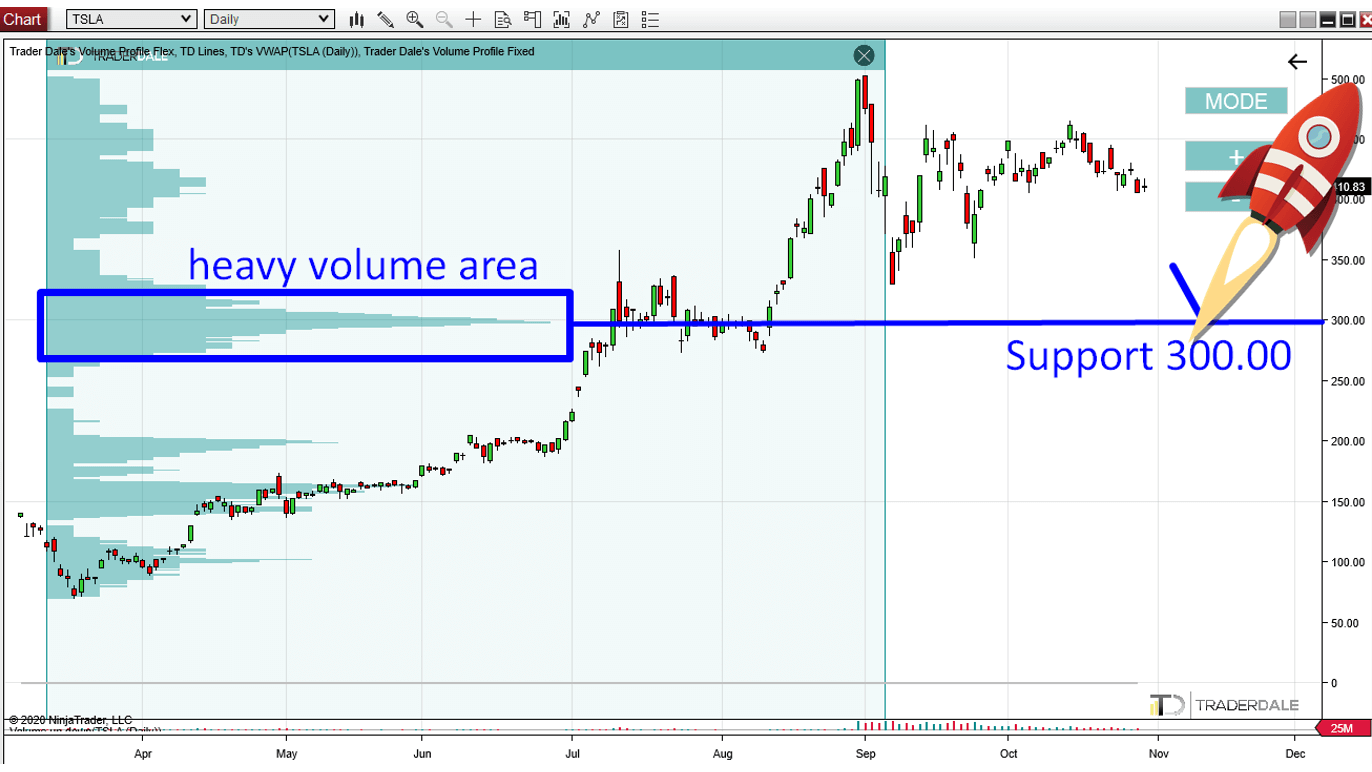 There is a pretty interesting zone in the chart. It is a heavy volume area which got formed in July around 300.00.

Then they pushed the price even higher, into a crazy strong uptrend.

Now there is a rotation which gets tighter and tighter. But when the price starts to move more again (maybe after the US presidential election?) and if it hits the 300.00 area then I expect that there will be a buying reaction. A buying reaction from the big institutional buyers who were building their Long positions around 300.00.

The 300.00 is the local Point of Control (POC) – that’s the place where most of the volumes got traded. It is usually a very important place in any chart.

Another important price level to notice is the 200.00 (BTW. both these supports are nice round numbers).

This one is based an a Volume Cluster created within a trend. The logic is very similar to the 300.00 Support (Volume Profile – Trend Setup). The volumes that were traded there were not so heavy though.

To make up for this, there is one more confluence there. It is a confluence with a Price Action setup, which says that a breached Resistance becomes a Support.

As you can see from the chart below, the price nicely reacted to the 200.00 level in the past with a strong rejection. Because of this we know that it was a strong Resistance.

Now, when the price shot past the former Resistance, it became a Support.

It is the combination of the Volume-based setup and the Price Action-based setup that I like the most about this level. 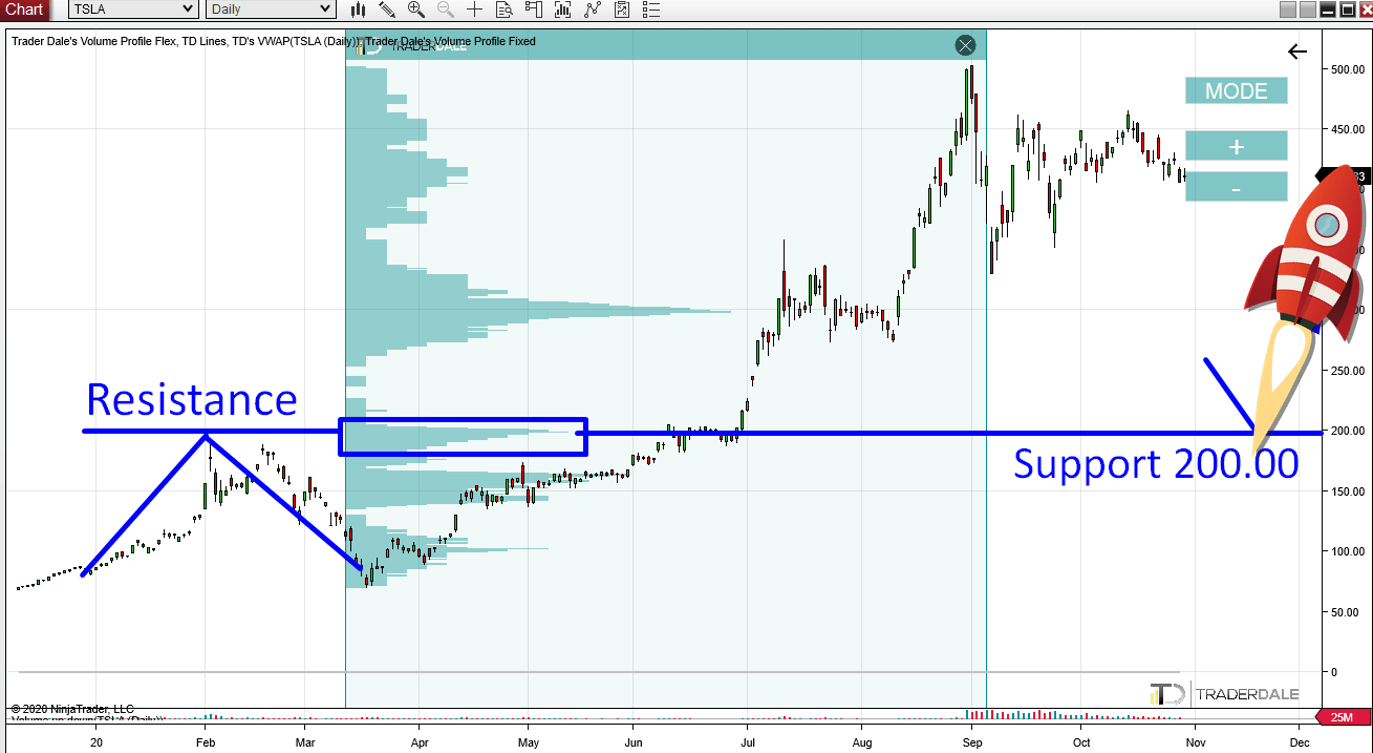 That’s it, guys. I hope you liked today’s Tesla analysis. Let me know your thoughts in the comments below!

Did you take that trade on EUR/GBP? 👀 The one